Wet work project.
The pond.
I used clay, carpets and a silage sheet (black plastic farm stuff similar to plastic waste bags, but bigger).  This pond is for wriggly things and frogs, not fish. The frogs seem to like it. They tend to maintain a rather unnerving fixed stare if I do any constructional work.  Not surprisingly really since the last time any thing happened to them  I drained the whole thing and reshaped it, while they were evacuated to a nearby barrel. (Hell of a job attatching those little parcel tags.) Probably rather like a biblical flood for them, but in reverse.  I wanted to reassure them, but could not, at the time, think of a reverse concept rainbow.  Later I thought of a large black cloud, but by then it was too late.  The rocks came from the disused section of  wall of a local helpful farmer, Not so helpful as to be free, but quite reasonable.  So far no leaks.   This is Spring.  Most of the snow has melted. 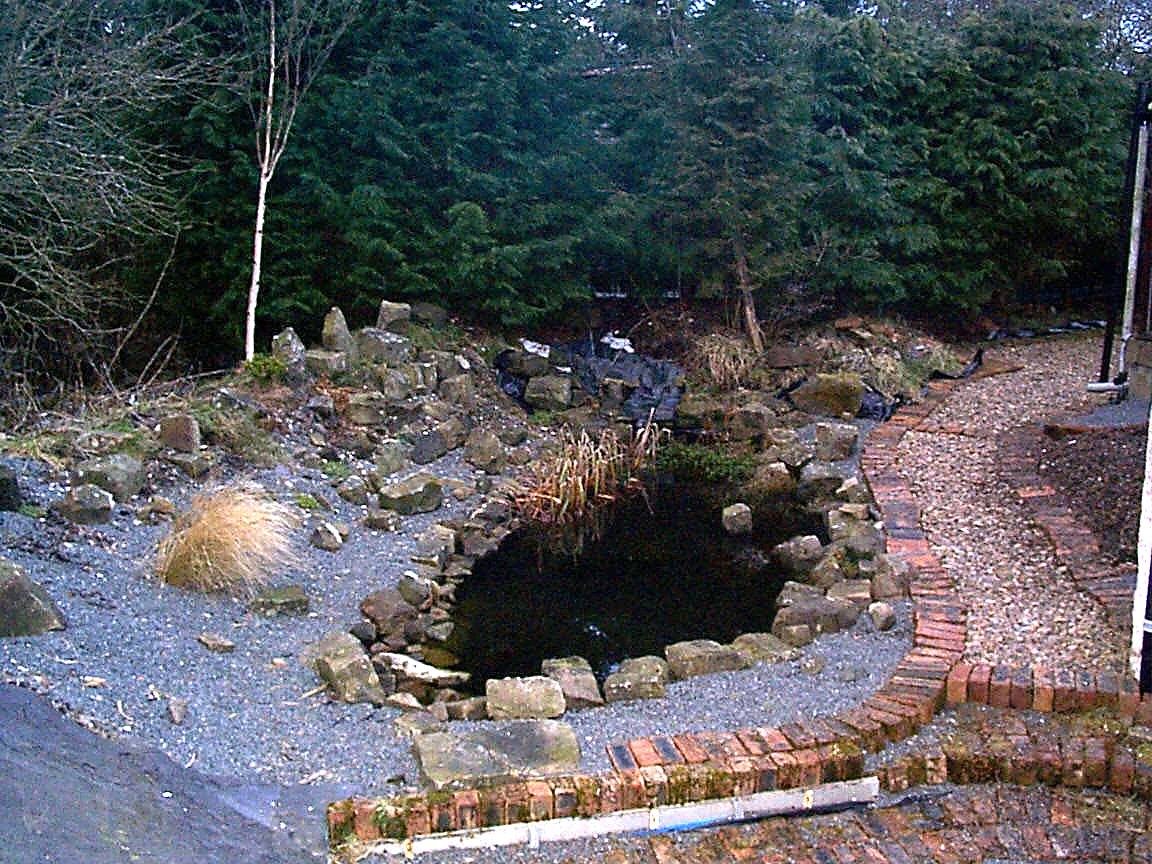 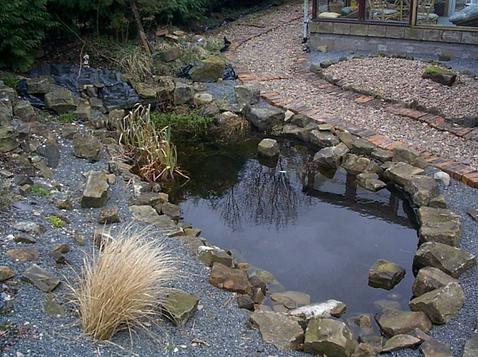 Here is a bit later, April 12th in fact. there is about 2.5 cubic feet of frogspawn in the pond at the near end. Which accounts for all the noises and spashing about over the last week or so.
Welcome to the Jim and Fiona Hewlett Owl powered Web Pages
Newsletters